Palermo is the second largest city in southern Italy, after Naples, the capital of Sicily, but it is especially a privileged place for anyone wishing to spend a few days holidaying in beautiful Sicily.

Capital of Culture 2018, Palermo is a proud city of its origins in which it is easy to come across Greek, Byzantine and Arab architecture, making the city a true crossroads of cultures.

In Palermo there are two main streets that literally cut into two two part the center of the city, Via Vittorio Emanuele and Via Maqueda. They are two very elegant and crowded streets, a kind of “Cardo” and “Decumano” where you can get café, restaurants and even the most important monuments to visit.

Starting point for the excursion of the city can be the Cathedral (photo 1), which almost suddenly appears along Corso Vittorio Emanuele. It is dedicated to the Virgin Mary Assumption, a symbol of Millenary history in Palermo.

The exterior is impressive in the Gothic-Norman style and inevitably hits the visitor for its spectacular shapes. The inside retains very little of its original structure. The most important element is the Chapel dedicated to Santa Rosalia (photo 2), patron saint of the city, a place of worship for the people and an obligatory stop for those who visiting the Cathedral. The chapel preserves the remains of the town patron in a baroque silver altar and is closed by a powerful brass wrap.

Next to the Chapel, you can not miss a stop in front of the tomb of Father Pino Puglisi, a priest killed by the mafia in 1993.

The Cathedral has very interesting underground corridors. You have to see the crypt (the cost of the ticket is really modest) where the royal tombs are kept (from Frederick II to Constance of Aragon) and a collection of precious objects found in the tombs (photo 3).

Continuing on Via Vittorio Emanuele and crossing Villa Bonanno, a well-kept communal garden, you reach the Palazzo dei Normanni (photo 4), seat of the Sicilian Regional Assembly.

A massive and heavy exterior architecture contrasts with the spectacular Palatine Chapel (photo 5), light and full of thrusts upwards. It is a real miniature cathedral that remembers, for style and depictions, the Cathedral of Monreale. It’s a gem, a precious treasure that alone deserves a visit to the whole Palace.

Inside the Norman Palace, Hercules Hall (photo 6) is the place where the sessions of the Sicilian Regional Assembly are held. The Hall does not name itself, as it may think, some of the great work of the Sicilian deputies, but of the temperamental paintings that characterize the walls and depict some of the twelve workings of Hercules.

Returning on its own steps and retracing back Via Vittorio Emanuele, right at the crossroads with Via Maqueda, opens a beautiful octagonal square called “Quattro Canti” (photo 7) delimited by four buildings embellished by as many as nineteenth-century fountains representing the four seasons. For those visiting Palermo it is practically impossible not to go before, representing in fact the real nerve center of the city.

The Quattro Canti, turning right on Via Maqueda, and walking a few tens of meters, you arrive at Pretoria Square (photo 8), so called for the Presence Palace since the ‘400. The square has an elliptical shape and is occupied in the center by a monumental fountain animated by allegorical figures. At the time of my visit the square was not accessible because a fashion show of the well-known Sicilian designers Dolce and Gabbana was in preparation.

Continuing on Via Maqueda for 300-350 meters you can reach the picturesque market of Vuccirìa (photo 9). It is a historic market in Palermo that shares, with the equally well-known Ballarò market, the typical Sicilian products. It is one of the most important steps for those visiting Palermo because you have the opportunity to meet the true and most popular soul of the city.

Crossing the narrow alleys of the neighborhood you arrive to the beautiful Piazza of San Domenico with the center of the monumental Column of the Immaculate, which remembers the one of Piazza di Spagna in Rome. The homonymous church (photo 10), second to importance after the Cathedral, is baroque with two high side bell towers. The church is used as a burial place for illustrious Sicilians. Among them, the one of Giovanni Falcone, a Sicilian magistrate killed by the mafia in 1992.

From Piazza San Domenico it is possible to leave the Vuccirìa by going through Via Roma, another important street of the city, and then return to Via Maqueda, a day and evening meeting place for the Palermo people. Among the countless churches and monuments that overlook Via Maqueda can not miss a stop in front of the Teatro Massimo (photo 11). It is one of the largest theater buildings in Europe, built at the end of the eighteenth century, emerging with its grandeur in the skyline of the city. In its architecture there are Greek and Romanesque elements, with repetition of certain architectural elements such as columns, windows, bows.

Palermo is a very chaotic and congested city where it is practically impossible to find parking. For this reason, especially if you are in Palermo with your car, I suggest Hotel Mediterraneo, a short walk from the Teatro Massimo. Convenient underground parking. For my full review on Tripadvisor, click here.

On Via Maqueda there are countless street food places where you can taste the wonderful “arancini” or the excellent granites. To stop for dinner I can recommend the “Ristorante Italia”, a few steps from the Teatro Massimo, which offers pizza and dishes of all kinds. For my full review on Tripadvisor, click here. 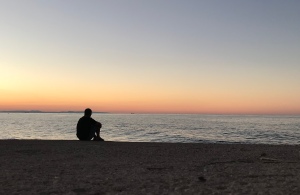 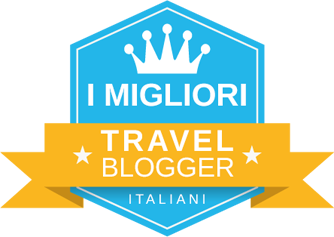